At 380 square kilometers, Andros is the second largest island in the Cyclades and the 13th largest island in Greece. In a country which has up to 6000 islands, depending on what size criteria you apply (about 200 of which are inhabited), Andros has some rather unique properties which make it stand out. For many thousands of years this island has been inhabited, in part due to its plentiful streams and springs which is alluded to by its ancient Greek name Hydroussa (watery).

From the Romans to the Venetians and Ottomans, many different peoples have tried to rule over this mountainous, fertile and well-watered landscape. Long before the advent of motor vehicles, the principle mode of transport between villages was on foot or by donkey. As such, a vast network of pathways evolved, criss-crossing the island to form its crucial transport networks. This allowed the islanders to communicate with other villages and transport goods.

With the advent of vehicular transport this network of paths became redundant and as such most fell in to disrepair. This intricate network of transport arteries and veins that once allowed Andros to prosper no longer had a role. In around 2010 a project named Andros Routes emerged, recognising the potential of these old networks in conserving the history of the island and promoting sustainable tourism. Beautiful corners of Andros lay inaccessible and in decay. Magnificent scenery and swathes of the islands history remained hidden from view, in need of preservation and re-discovery; and so Andros Routes grew, fuelled by the passion of its founders, led by Olga Karayiannis.

Below is a pictorial account of walking along route number 14 of the Andros Routes network, a route which has opened up access to a historic valley once prosperous with a vast array of water mills. Above is a video of me visiting this route in June 2017, have a look, it truly is an incredible place.

For the walk we chose to start from Kato Varidi along 14b, finishing near to Profitis Ilias on the ridge above Amolochos. 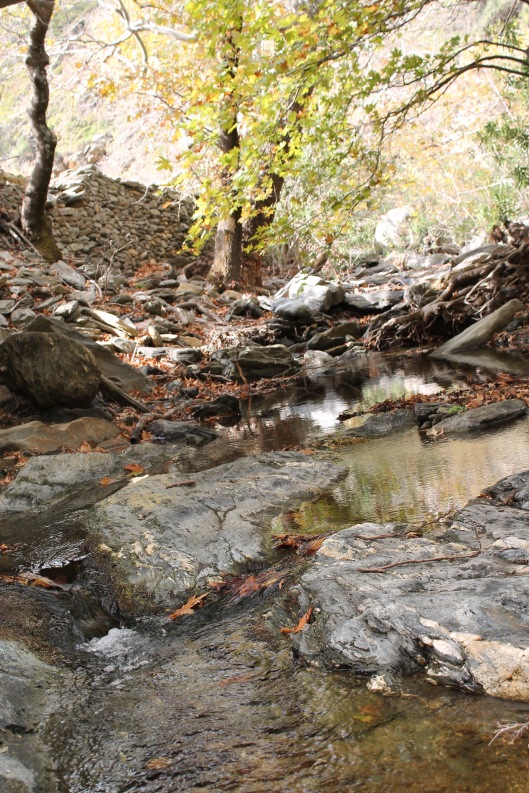 The river of Frousei used to power the old water mills 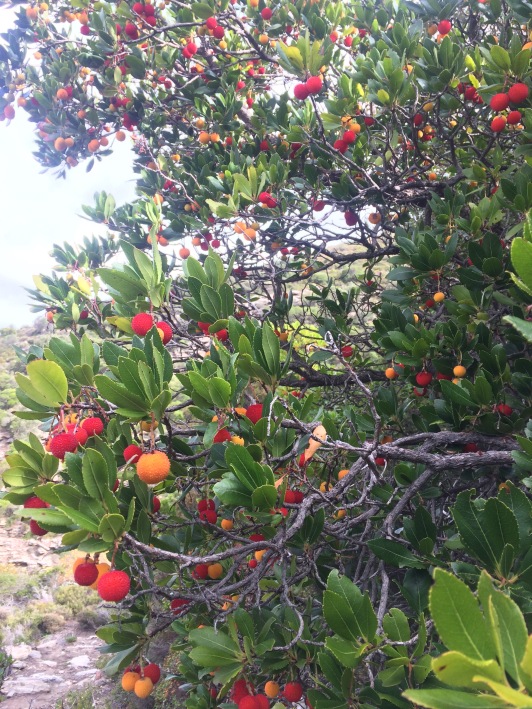 The edible fruit of the Strawberry Tree (arbutus unedo)

One of the old mill buildings

The initial climb out of the valley

Amolochos was once a powerful, populated village on the island due to its strategic position high on a mountain side. The whole area is steeped in history.

A spooky deserted house in Amolochos

The lower part of Amolochos has many derelict houses

The view down to Vitali from Stavros church

The military base overlooking Amolochos

The view from the ridge across to Kalivari. The far left wind turbine was struck by lightning in recent years so has no turbine blades 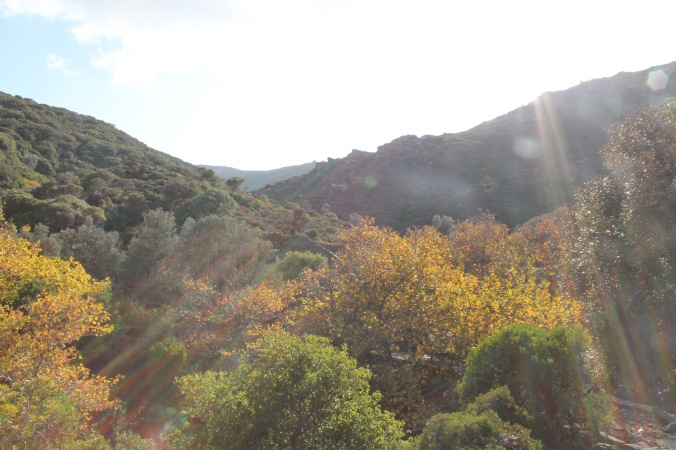 This is just one example of the many different routes now incorporated in to this network. With international recognition, Andros Routes is now expanding and attracting tourists from far and wide keen to have experiences similar to the one documented above. A holiday to Andros to experience its history and landscape through Andros Routes will provide tourists with far more than the standard Greek package holiday. I am sure that in years to come, this aspect of Andros tourism will grow from strength to strength and hopefully allow this invaluable aspect of the islands past to be brought back to life…

http://www.androsroutes.gr/maps-2/ (for details about where to buy Andros Routes maps)

For an in depth account of the different Andros routes walks, visit: http://www.cycladen.be/AndrosEng.htm